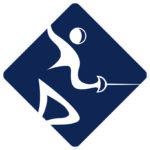 The fencing is an Olympic sport of opposition which consists of fair fighting between two contenders armed with sword, foil or saber.

STARTING TO FENCING
Recommended for those who want to approach the fascinating world of fencing. Thanks to physical activity based mainly on simple games and exercises, it allows you to learn the main movements of the fencing. In a short time the student will be able to face his first assaults on the platform. We start with plastic equipment and protections and then move on to the official metal equipment.

COURSE FOR COMPETITORS
This course is aimed at athletes who are already part of the world of fencing and allows you to train to be able to face the competitive season according to the calendar of the Italian Fencing Federation. It requires a specific preparation which, starting from physical training and thanks to individual lessons in fencing technique and psychology of assaults, will lead the athlete to be able to better manage his competitive activity.

COURSE FOR ADULTS
Course dedicated to people of mature age who wish to approach the sport of fencing with the desire to get involved and have fun. It provides targeted gymnastic activity, with both group and individual lessons, leading anyone to be able to manage an assault on the platform. The Italian Fencing Federation has its own official competition program dedicated to these athletes, classified as Masters.

Foil is a "purely academic" weapon as it has never been a combat weapon on the ground. The foil was born as a "lightened sword" for training, not intended for use in battle and duels, but for exercise in arms rooms where one was accustomed, for effectiveness, to hit the target mortally.

The Saber is the attack weapon par excellence, very fast and instinctive. The saber historically descends from the weapons used by knights and cavalry officers who, while riding on horseback, hit the foot soldiers, especially in the upper part of the body with large movements and rarely using the tip: characteristics preserved in the determination of the valid target also in the modern sport saber.

The Epee is the weapon that comes closest to the weapons of the past, as well as being the most representative of the duel on the ground. It is a very complex weapon at "high levels" because its target includes the whole body; it can be hit only by tip, as in foil, but there is no convention. The first one who touches the opponent wins the point; if you hit at the same time, within a twenty-fifth of a second, the point is awarded to both and you get a "double hit".